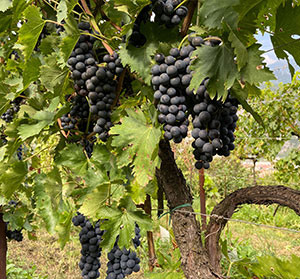 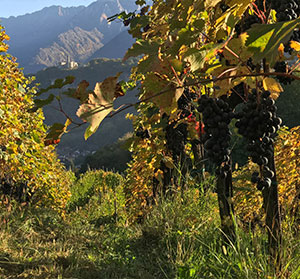 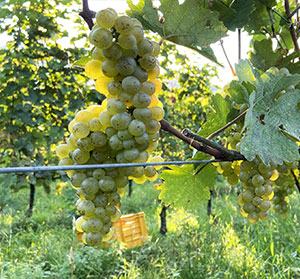 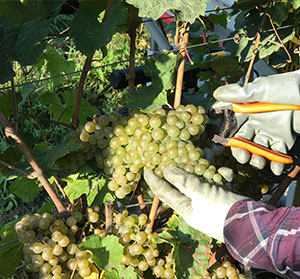 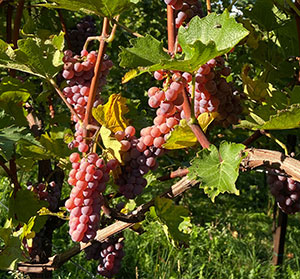 These vines are the emblem of biodiversity present in the Camunian land, they mostly have origins dating back to the Roman Vallecamonica which, starting from 16 BC, involved Civitas Camunnorum today Cividate Camuno; effectively introducing the cultivation of vines throughout the territory. They derive largely from the schiava grape, some analyzes have been found to be related to successive crosses with the Ciliegiolo. rather early budding and ripening. Ciass Négher is the only one we have reproduced for the moment, starting from the shoots grafted onto American roots in order to create new cuttings up to the vinification in purity. The wine is called Somnium. 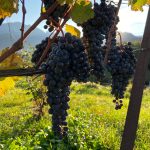 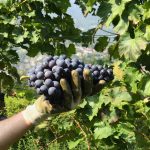 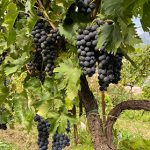 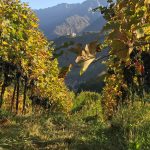 It is an ancient black grape variety, native to Italy, present since the 15th century in the Brescia area, and is still widespread today in Vallecamonica as well as in the northernmost regions of Italy.

The first vineyard planted again in the years 2004/2005 with the traditional Marzemino. Mainly on a slight slope, it is made up of raised parts with edges and dry stone walls, the breeding is simple Guyot with about 5000 vines per hectare. The soil is composed of superficial draining sands, clay infiltrations, sedimentary rocks in depth

The Manzoni Cross is a vine obtained by the agronomist Luigi Manzoni, a teacher at the Agricultural Institute of Conegliano between the years 1930-1935. It comes from the cross between Riesling Renano and Pinot Bianco by simple pollination.
The Manzoni 6.0.13 intersection, known simply as Manzoni Bianco, is the most famous of Prof. Manzoni’s intersections and the one that has had the most luck.

Riesling Renano, also known as Riesling Bianco, is a noble grape variety from which the finest and most suitable grapes for the production of high quality white wine are obtained. Anciently cultivated by the Roman Empire, it was brought to Germany where it found and still finds its maximum expression in the valley of the Reno river. It is particularly resistant to cold climates, in Italy it is mostly cultivated in the far north, an area in which it certainly belongs Vallecamonica.

The long name is pilzwiderstandfähige, but it was translated from German and then shortened to PIWI.

It all began in the 19th century with the birth of the first resistant varieties obtained by crossing American vines, first with each other and then with European vines, in the hope of producing new varieties resistant to the phylloxera that was destroying the vineyards of the old continent.
Other definitions that are given to PIWI vines are Hyperbio or Superbio, as compared to traditional Bio, the use of copper and sulfur is drastically reduced.
The varieties we have bet on are different.
Between these:

Obtained in 1975 by crossing Merzling and Geisenheim 6494.
Both varieties are natural with characteristics similar to the Riesling and Pinot Grigio ancestors. The new vine shares the vigor and characteristics of the bunch with these.

Hybrid generated through artificial self-fertilization Riesling × Freiburg 589-54 (with the variety itself).
The Johanniter was created in 1968 at the research center in Freiburg in the German state of Baden-Württemberg.
The name was chosen to pay tribute to the former director of the center, Johannes Zimmermann.